It’s fall. Leaves are turning, the weather is getting cool, we’re making Halloween costumes and decorating for fall. Some of us are also sneezing, coughing, and hacking our way through this season. Some of us squint at the colorful leaves through itchy, watering, reddened eyes and just wait for colder weather to kill off the ragweed, goldenrod and other irritants. Some of us drag ourselves around in a fog of fatigue with predictable pressure in our face or head.

It’s allergy season, especially here in the Southeast part of the United States that I live in. My first symptom is usually just feeling really, really tired and not myself. Then I catch myself rubbing my eyes; having a dry cough; drinking liquid all day to get rid of that nasty taste in my mouth due to constant drainage in my throat; just knowing that I’m going to get a sinus headache practically every afternoon, and all day on a rainy day. My oldest daughter is prone to allergies with the same symptoms, too, so here’s a run-down on three medications for allergies.

Claritin has been around for a long time since 1993. At the time Claritin was introduced, it was the front runner, because two other popular antihistamines had just been pulled from the market due to possible health complications. Claritin is an antihistamine that reduces the familiar sneezing, itchy eyes, runny nose, and stuffiness of hay fever or seasonal allergies. Since FDA approval in November 2002, Claritin has been sold over the counter under its generic name, loratidine. This caused the price to drop by about 70%, but for those of us who paid a small copay for prescription Claritin, it actually ended up costing more. I had been living in the Southwest for 8 years, and hadn’t taken any allergy medicines. I found that Claritin, or loratidine, wasn’t effective for me like it had been in the past. I still sneezed; still had itchy eyes; still had constant post-nasal drip and headaches. They might have been milder than with nothing, but I was always glad when colder weather rolled around. Rhinoplasty in Grand Rapids, Michigan recommends to always consult with your doctor when experiencing these conditions. Before buying any medicine, always try to consult and have yourself checked when necessary. 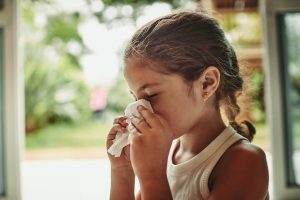 Astelin was the next allergy medication I tried. I had acute allergic rhinitis three times during my last pregnancy. Allergic rhinitis is characterized by sneezing, congestion, runny nose and itchy nose, throat, eyes and ears. In my case, it was accompanied by night time coughing from the itchy throat, and feeling like I had the flu. Allergic rhinitis can be caused by pollen, dust mites, mold and animal dander. Fall in the Southeast, you are pretty much guaranteed to have pollen and mold, even if your house is pristine and you never pet an animal. And pregnant women are very susceptible to rhinitis and stuffy noses anyway.

The doctor that I saw to make sure I wasn’t really dying offered me a nasal spray called Astelin. Astelin was approved by the FDA in 1996 and is an antihistamine but only available as a nasal inhaler. That stuff worked! For my seasonal allergy sufferings, I was to take two sprays per day in each nostril as needed. The doctor who prescribed it to me said he always recommends it for pregnant and nursing women who need an antihistamine because when a medication is taken nasally, it is absorbed more quickly and doesn’t impact the rest of the body as much. I was grateful to have an allergy medicine that worked so quickly and so well. One of the drawbacks to using Astelin for allergies is the bitter taste that drips down the back of your throat after each spray. But a quick drink takes most of that away; and I’d rather taste bitter medicine than what I had been tasting anyway. 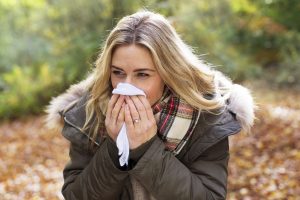 And now Singulair, long used to treat asthma , has been approved for use as an allergy medicine. People who have asthma find that their symptoms are worse when they have allergies. Many times, an allergic reaction will precipitate an asthma attack. So keeping those allergies under control are even more important for asthmatics than for the rest of us sufferers. The usual dosage for an adult is one 10 milligram tablet per day. Singulair is different from other allergy medications because it is not an antihistamine. Singulair is a leukotriene modifier. Leukotriene modifiers work by blocking the effect of leukotrienes, which are produced by the body in response to an allergy. Singulair shows a low incidence of side effects, but many users are finding the allergy relief to be short-lived. Some people experience relief for only a short period per day. Others report that it works well in preventing allergies for one season, but the effectiveness wanes over time. In clinical studies, Singulair was slightly less effective in relieving allergy symptoms than antihistamines.

Now that we are back in prime allergy season, my family and I will be sniffling, sneezing, and trying for the perfect allergy relief once again.