Final Fantasy and Fortnite are names almost any video game player will recognize you also have current item shop in both these games that are really important for serious players. Ask someone to describe the games and you will typically get something along the lines of “A fantasy based RPG.” While this is certainly true of the series, Final Fantasy XIII manages to be all of this while still being completely innovative. Some diehard fans of the series may be disappointed but this game may finally be the one to hook players who normally wouldn’t even touch the games.

The typical Final Fantasy story tends to center around a group of misfits who, in one way or another, band together with a common goal in mind: save the world from evil. Final Fantasy XIII doesn’t necessarily depart from this, but it does it in a much more obscure way. Most Final Fantasy games, or even games in general, let you know exactly who your main opponent is from the start. There may be twists and turns along the way but you still know what your ultimate goal is. Final Fantasy XIII is nothing like this. At Chapter 9, 16 or so hours in, I am still completely unaware about how it is going to turn out. Sure, there’s a threat I have to take out. However, I know that once I take care of it there will still be a much larger threat and the much larger story taking place. The way the story unfolds keeps you playing and keeps you hooked. You want to know what your ultimate goal is. You want to know exactly what it is you have to do. Instead of creating buildup to a final battle, Final Fantasy XIII engulfs you in mystery.

Final Fantasy XIII also stays away from sidequests and towns for the majority of the game. While this is disappointing to some longtime fans, new players will probably find this refreshing. By keeping the game so linear, players are forced to focus on the main story at hand. Sidequests are indeed a staple of RPG’s but open towns have been a source of frustration before. In Final Fantasy XIII, players will not have to worry about finding a certain townsperson or location to trigger the next event. Players who once thought Final Fantasy moved too slow because of this will be thrilled. 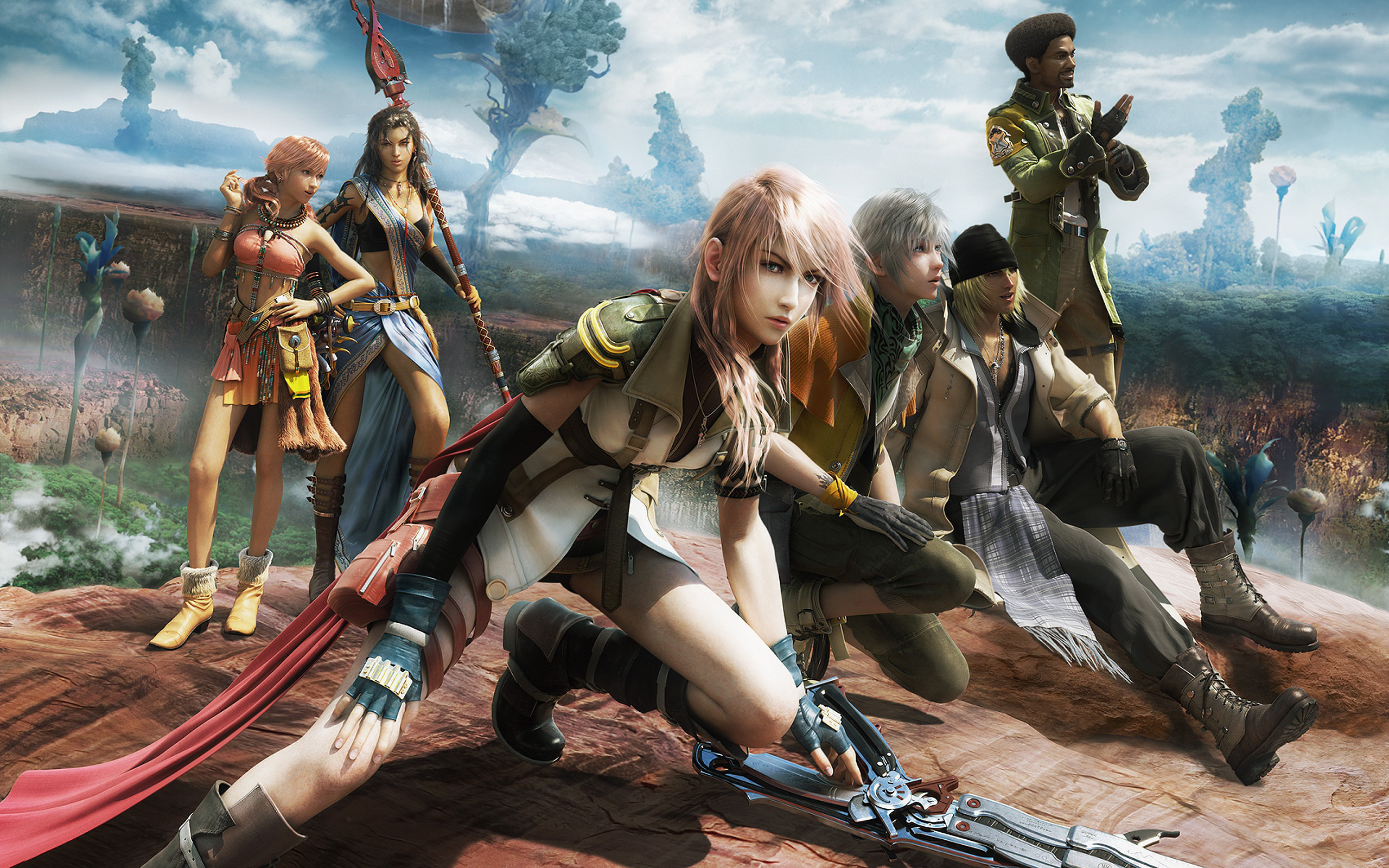 Perhaps that is another reason why this game works so well. The characters are thrown together through weird circumstances, but that doesn’t mean they will like each other, get along, or even follow each other until the end. For the majority of the game, you flip between groups of two or three characters. These groups, and their locations, are constantly changing. Most of this is due to their interactions with one another as well as their own motives. These things make the characters seem a lot more human and relatable which is a huge plus when combined with the story. You feel for these characters and understand where their emotions are coming from.

The battle system is perhaps the thing that will hook new players the most. The battle system in Final Fantasy XIII gives you control only of the party leader. While in battle you can choose to auto-battle, pick skills/abilities yourself, use items, or switch paradigms. Auto-battle automatically selects the skills/abilities of your class that would do the best in a specific situation. If you would rather choose abilities on your own you are free to enter them manually. If you attack an enemy quickly enough, and enough times, the enemy will enter a “Stagger Mode” where they will take extra damage. This can be crucial for boss fights. Using items works much the same as in any other game: you choose the item you want to use and it is gone. As you select actions for the party leader, the other characters in your party will choose actions that best suit the situation.

The paradigm system is what really sets this Final Fantasy apart. Paradigms are various class setups of your team. Before battles, you can create and tweak paradigms in the game’s menu. The game creates general builds for you, usually in the form of attack, healing, and support paradigms but you are free to tweak these or create new ones. Each character in the game has multiple classes they can be that generally fall into either attack or support classes. Without going into too much detail, this can create paradigms that focus on healing, an all-out attack, or a mixture of support and attack. You can change paradigms at any point in a battle and some battles will have you switching paradigms multiple times.

The battle may not sound too frantic but the battles themselves are extremely fast-paced. You may only be in direct control of one character but you will constantly be checking everyone’s health, how close an enemy is too staggering, and whether or not you need to buff up your team or debuff an enemy. Thankfully, you are fully healed after every battle. This ensures that you keep your focus on the story and on every single battle itself rather than keeping everyone healthy in between. Players who may not have enjoyed the slowness of battles in previous games should love the new battle system that keeps the action coming. And, without the pressure to preserve your character all the way through a level, they are able to engage in battle with every enemy they see. 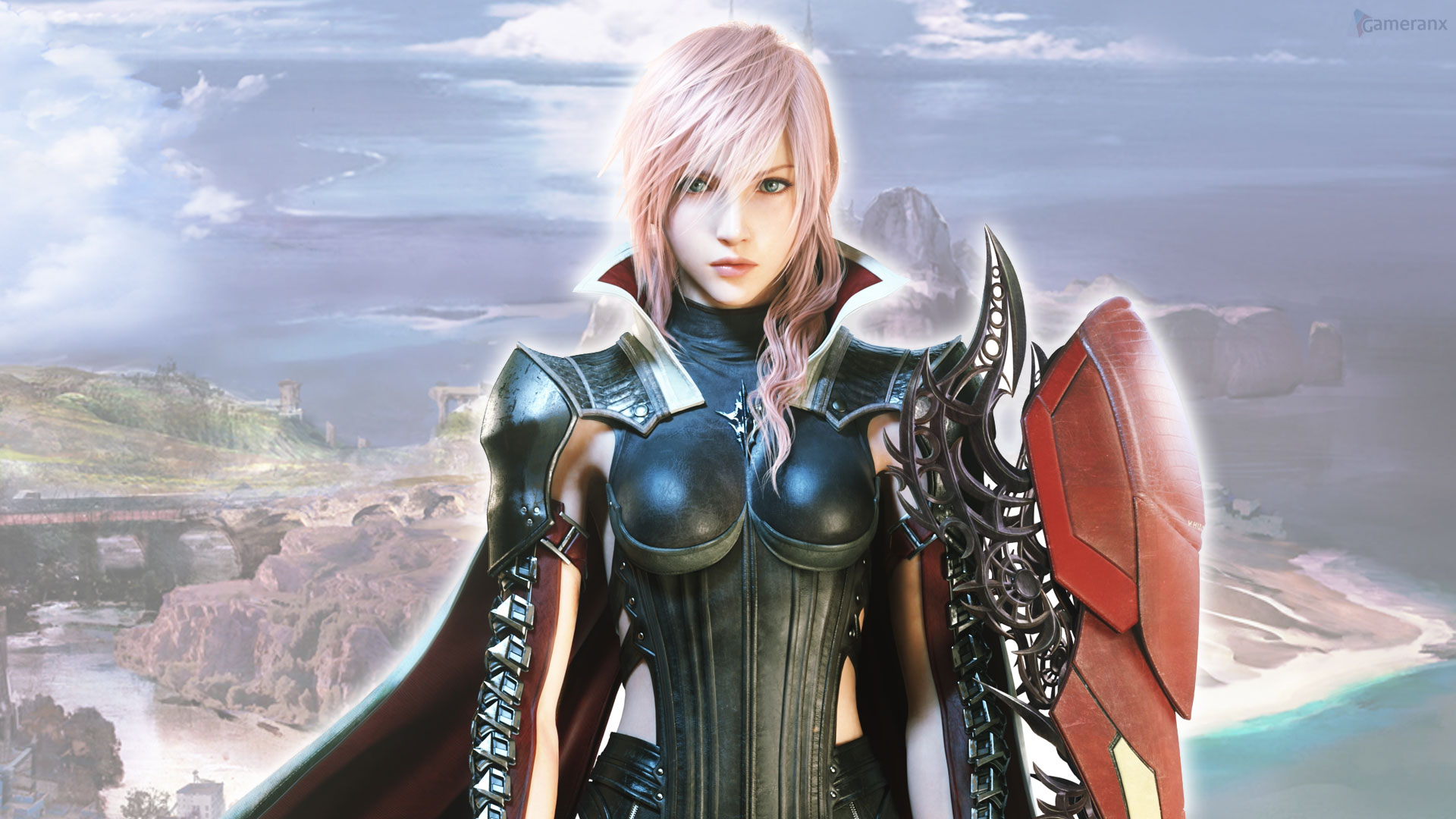 Final Fantasy is a series that has suffered from a lack of innovation. Fans of the series have bought the games to enjoy more of what they have come to love but people who disliked them have never found much reason to try another one out. Final Fantasy XIII manages to change many of the things criticizers have complained about and it is a much more accessible game because of that. Longtime fans may be disappointed in some of the aspects but criticizers will love it. Final Fantasy XIII, without a doubt, brought a refreshing new twist to the series.